Was the slain journalist another Raymond Davis for the US? 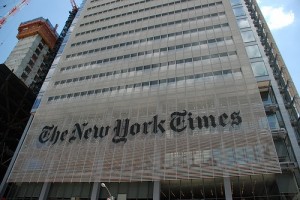 American establishment, with the help of its allied international media, is working overtime to malign Pakistan’s security establishment. Its target of particular interest is Pakistan’s premier intelligence agency called ISI. It has the support of enthusiastic and willing partners in Pakistan’s corrupt and nincompoop politicians thrown up as “leaders” through a questionable democratic process. At the beck and call are also corporate media anchors known for their allegiance both to terrorist organizations and the Western imperialism. They think they have a reason to spit venom against Pakistan and its institutions. The charge-sheet drawn against security institutions is updated on daily basis and the latest charge added to the list is killing of a journalist of Asia Times, an online newspaper published from Hong Kong. The Pakistani government has already constituted a judicial commission to probe the killing and the panel is investigating the crime with a serving judge of the Supreme Court and members of journalist community as its members. The investigations, it is learnt, were initiated on the request of the ISI itself.


The latest diatribe by American press and senior members of administration implicating ISI in the murder without any evidence is yet another attempt to influence the outcome of the probe and increase pressure on Pakistan’s military. Those who have been following the story of Raymond Davis, a CIA operative caught with clear evidence of espionage and his contacts with banned terrorist organizations, will find striking similarities between handling by US administration and media of his arrest and journalist’s murder . The way this murder is being highlighted and the probe panel pressurized to incriminate ISI shows as if the slain journalist was another Raymond Davis working in Pakistan.

This campaign launched in the name of killing of the journalist has come under scrutiny by the independent media also. An article titled, ISI Wrongfully Accused of Killing Journalist authored by John R. Schmidt, a former US political counselor in Islamabad has appeared in a recent issue of The National Interest. The author says ISI may have a long history of intervening in political affairs at the behest of its army masters but if ISI was responsible for murdering Shahzad, it may well have been a first. As far as physical coercion was concerned, this was much more the province of the considerably less disciplined and poorly trained civilian police and their political masters; it was Prime Minister Nawaz Sharif, for example, who had Najam Sethi, one of Pakistan’s leading journalists, beaten and carted off to jail for criticizing him in 1999. Interestingly enough, Pervez Musharraf, the army chief who overthrew Nawaz, proved to be significantly more tolerant of press freedom than his predecessor.

The Committee to Protect Journalists reports that fifteen journalists have lost their lives in intentionally targeted killings in Pakistan since the murder of Daniel Pearl in early 2002, all of them Pakistani. Almost all were killed by radical Islamists affiliated with al-Qaeda or the Pakistani Taliban. The remainders were murdered for investigating regional ethnic conflicts or local corruption. None of the fifteen fit a plausible ISI scenario. But why would ISI choose Shahzad as its first victim? He was not a big-name journalist, nor was he among those who raised embarrassing questions about ISI and the army over the Abbottabad raid on bin Laden. His Karachi-naval-base story did not accuse ISI of improper conduct, and it is not clear why it would have killed him over a story that, if it embarrassed anyone, would not have embarrassed the Pakistani Army. ISI was well aware that some of its senior officers had recently had a word with Shahzad and should have realized that if he suddenly turned up murdered ISI might be blamed for it, further sullying its already battered reputation. And that, of course, is exactly what happened.

The author opines that others might have had a motive for killing Shahzad such as members of al-Qaeda and its various Pakistani affiliates, although none have claimed responsibility. But the fact remains that senior U.S. officials told the New York Times they had “reliable and conclusive” intelligence that ISI was responsible. Admiral Mullen, in an interview late last week, was somewhat more circumspect, saying merely that the evidence showed Pakistani government—but not necessarily ISI—involvement in the killing. The article goes on to say, “also unexplained is why U.S. officials would reveal such information even if they were in possession of it. Relations between the CIA and the ISI have been seriously strained ever since CIA contractor Raymond Davis was arrested and detained last January for killing two Pakistanis he said were trying to rob him but who later turned out to be working for ISI. The Davis affair was followed just six weeks later by the raid on the bin Laden compound in Abbottabad, which poisoned relations even further. Needless to say, telling the New York Times there was conclusive evidence that ISI was responsible for killing a Pakistani journalist was unlikely to improve the relationship. The U.S. officials involved may have been motivated by human rights concerns, hoping to deter ISI from committing further such acts. But given recent events, there could also be elements of bad blood at work here.”

It was not a mere coincident that just two days after Admiral Mullen made his accusations on the Shahzad murder, the New York Times revealed the United States was suspending military assistance to Pakistan. Washington has been increasingly frustrated at Islamabad’s unwillingness to go after those Afghan Taliban forces using the North Waziristan tribal area as a safe haven for conducting operations in eastern Afghanistan. The Pakistanis have refused to do so because they see the Afghan Taliban as a hedge against the emergence of a hostile government in Kabul allied to India after U.S. forces depart the region.

This is what Pakistanis believe is in their national interest and have every right to protect it even though it may be quite contrary to what the US perceives to be in its national interest. Although little publicized in the West, the Indians have developed close ties to the Karzai government, flooded the country with aid workers and provided the Afghans with over a billion dollars in aid. Although the Pakistanis have no particular love for the Afghan Taliban—whose support for Osama bin Laden got them into their current fix—they fear the Indian presence in Afghanistan even more. Not only has the United States shown little sympathy for these Pakistani concerns, it has grown increasingly angry at Pakistani reluctance to do what it wants. Seen in this context, the U.S. decision to publicly accuse ISI of complicity in the Shahzad murder can be viewed as just another manifestation of American displeasure.

Given the strength of Pakistani concerns about Afghanistan, however, there may be no amount of pressure capable of forcing the Pakistani Army into going after the Afghan Taliban. If anything, U.S. pressure to date has only served to fan the flames of anti-Americanism both among ordinary Pakistanis and within the army. The danger is that, by continuing to ratchet up the pressure, Washington may provoke a final break with the Pakistanis. This would not only jeopardize the U.S. ability to supply its forces in Afghanistan, which rely heavily on land routes through Pakistani territory, but could lead both sides down the slippery slope to a shooting war. The Pakistani Army is already engaged in a protracted, bloody struggle against hostile Pakistani Taliban forces in the tribal areas and is widely regarded as the only force in the country capable of preventing a jihadist takeover of the government. While the current situation is certainly a mess—and U.S. frustrations are understandable—things could very easily get a whole lot worse.

The article presents a dispassionate and an excellent analysis and should be able to expose all those who thought they would be able to tarnish the image of ISI and drive a wedge between Pakistan’s security establishment and its people in a time when Pakistan is at war with foreign-funded insurgency. Such criticism, by those perceived to be anti-Pakistan, raises the image of ISI and the military in the eyes of its people.
at 2:32 PM