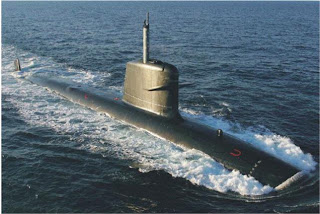 India’s plans to counterweight Pakistan’s submarine capability, and have an edge over China’s inferior submarine technology forced it to go for French submarine, a sister boat of Pakistan’s Agosta. But its plans have run into snags and have been severely frustrated. The blame has been laid at the door of “procurement bureaucracy” which is being targeted for a massive cost-escalation and huge time over-run which will seriously damage the combat capabilities of India Navy. On the strength of its Navy, India was poised to serve global American interests in Indian Ocean and, by extension, in the Pacific.

India may have acquired a nuclear-powered submarine of a very old Russian vintage, it only serves the purpose of power projection. The toothless power, so to say. But its project of development of conventional submarine, Scorpene, in India under a transfer-of-technology program is not faring any better. The whistle-blower report of India’s Auditor-General, the Controller and Auditor-General (CAG), raises alarms and concerns.

The report is clearly critical of the Scorpene acquisition. Indian Defense Minister had to admit to India’s Parliament that the project was running about 2 years behind schedule, due to “some teething problems, absorption of technology, delays in augmentation of industrial infrastructure and procurement of MDL purchased materials (MPM).” The CAG report criticizes the fact that the submarine requirement was approved in 1997, but no contract was signed until 2005, and then for only 6 of the envisioned 24 boats. Overall, the project cost had increased from Rs 12,609 crore in October 2002 to Rs 15,447 crore by October 2005 when the contract was signed. Once it was signed, the CAG believes that “the contractual provisions resulted in undue financial advantage to the vendor of a minimum of Rs 349 crore.”

The overall project, which includes a submarine construction facility at Mazagon Dockyards Ltd. (MDL), is placed at Rs 18,798 crore, or 187.98 billion rupees (currently about $4 billion). The Times of India believes that the final program cost will be over Rs 20,000 crore (currently about $4.3 billion), as the cost of key equipment that MDL shipyards needs is rising quickly. Rediff News notes other excerpts from the CAG report, adding that an accompanying Rs 1,062 crore deal for Exocet anti-ship missiles will have issues of its own:

“But even before the missiles become operational on the submarine, the warranty period of first two batches of the missiles supplied by the company would have expired, it added. India also extended to the [submarine] vendor “Wide ranging concessions” on warranty, performance bank guarantee, escalation formula, arbitration clause, liquidated damages, agency commission and performance parameters….”

The update on the project is that the program has been delayed several times and the price has gone up to $5 billion ($834 million each), a cost-over-run of 25%. While this effort will leave India with thousands of workers and specialists experienced in building modern submarines, all that will be wasted due to this delay. The deal was mismanaged to the extent that it is now three years behind schedule. But it is even more behind schedule if you count the several years delay in even getting started. The original plan was to have the first Indian built Scorpene delivered at the end of this year. But now, because of problems getting the construction facilities and skilled workmen ready, the first Scorpene won't be delivered until 2015, with one each year after that until all six are delivered. That schedule is subject to change, and probably will, for the worse.

According to Strategy Page, this is a not a good news because India's submarine fleet is dying of old age and new boats are not going to arrive in time. The plan was to have a dozen new subs in service by the end of the decade. At present, there will be (with a bit of luck) six of them in service by then. The procurement bureaucracy is still seeking a supplier for the second six diesel-electric subs. There's some urgency to all this because this year, five of India's 16 diesel-electric subs (10 Kilo and two Foxtrot class Russian built boats and four German Type 209s) were to be retired (some are already semi-retired because of age and infirmity). Type 209s are being kept in service but not allowed out to sea much for several more years, because of project delay. That leaves India with 14 subs. But in the next year or so several of the older Kilos will reach retirement age. Thus, by the time the first Scorpene arrives in 2015, India will only have five or six working subs. India believes it needs at least 18 non-nuclear subs in service to deal with Pakistan and China. India is also building and buying nuclear subs. India received a Russian Akula nuclear attack (SSN) sub earlier this year. This one is on lease with the option to buy. Indian SSNs and SSBNs (missile carrying boats) are under development, as they have been for decades.

According to comparative technical details publically available, the Scorpenes are similar to the Agosta 90B subs (also French) that Pakistan bought in 1990s. The first of the Agostas was built in France, but the other two were built in Pakistan. The Scorpenes purchase was seen as a response to the Pakistani Agostas. The Scorpene are a more recent design, the result of cooperation between French and Spanish sub builders. The Agosta is a 1,500 ton (surface displacement) diesel-electric sub with a 36 man crew and four 533mm (21 inch) torpedo tubes (with 20 torpedoes and/or anti-ship missiles carried). The Scorpene is a little heavier (1,700 tons), has a smaller crew (32), and is a little faster. It has six 533mm torpedo tubes and carries 18 torpedoes and/or missiles. Both models can be equipped with an AIP (air independent propulsion) system. This enables the sub to stay under longer, thus making the sub harder to find. AIP allows the sub to travel under water for more than a week, at low speed (5-10 kilometers an hour). The Pakistanis have an option to retrofit AIP in their current two Agostas.

While India was largely concerned with the Pakistani navy when the Scorpene contract was negotiated and signed, China is now seen as the primary adversary due to a new role assigned to India by the US. The Chinese subs are not as effective as the Pakistani boats; both because of less advanced technology and less well trained crews. India could use their Scorpenes to confront any Chinese attempt to expand their naval presence into the Indian Ocean. Thus the delays and cost overruns with the Scorpenes are causing quite a lot of commotion in India. But at the rate India is going, it will be nearly a decade before all six of the Scorpenes are in service. At that point, India would have about a dozen subs (including nuclear powered models under construction). China will have over 60 boats, about 20 percent of them nuclear. China does have a lot for its warships to deal with off its coasts and in the Western Pacific but it does retain the capability of putting more subs off the Indian coast than can the Indian Navy.

What are the short-term objectives of Baloch insurgents? 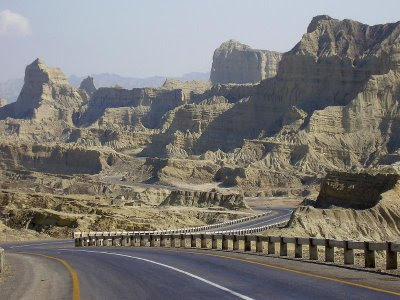